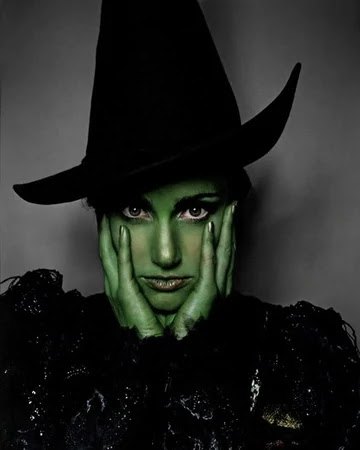 I cannot believe that this is already the 20th Theatre Thursday puzzle! How on earth...!? If you came late to the party, you can find all of the older puzzles in the "archive" in the sidebar; if you've been with me from the start, I hope you've enjoyed the journey as much as I have! Today's puzzle was built around my second favorite human of all time after Julie Andrews: 21-Across. Even if it did take a Disney movie to do it, I'm so glad she's seen a very well-deserved move into the "household name" sphere of pop culture. (The one downside is that now I have to fight a trillion people to go see her, whereas before I only had to fight other musical theater maniacs like myself)! But what are you going to do? Talent deserves to be recognized, so here we are. After the Wicked ship had sailed, I thought I had perhaps missed my opportunity to ever see her live in a Broadway musical...but then along came If/Then, resurrecting all my hopes and dreams. In total, over the past 15 years I've seen this glorious human four or five times in concert, twice in a musical, twice in a play, and again at her Hollywood Walk of Fame star ceremony. Suffice it to say, I think she's the best. Maybe you do too. If so, enjoy today's puzzle. And if not, maybe do a little more research 😉🧩