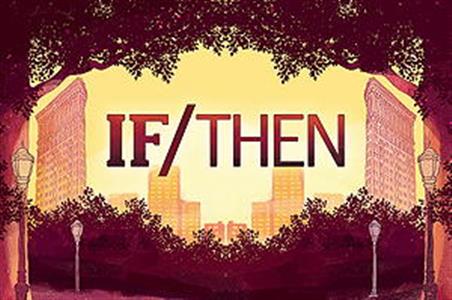 It's that time again, and this week's show choice is Kitt & Yorkey's 2014 musical "If/Then", starring my second favorite human after Julie Andrews. If you didn't get a chance to see it, there's a pretty good recording of it on Youtube starring the one-and-only Jackie Burns. The show opens in a park, where the protagonist is faced with a choice: go hang out with her friend Kate (who wants her to open herself up to new experiences and new people) or go with her friend Lucas (who thinks she should focus on her career). The remainder of the show then depicts the two paths that the protagonist's life could take if she made either decision. The ultimate message: while the choices we make do affect our future, if something is truly meant to be then it will come to pass. The show was met with mixed reviews -- many people found it confusing and hard to follow (this writer disagrees) -- but the score is truly incredible and was actually the highest-charting Broadway cast recording since "The Book of Mormon". I recommend giving it a listen! It's good, and also...you know...10-Across. Enjoy! 🎭🧩