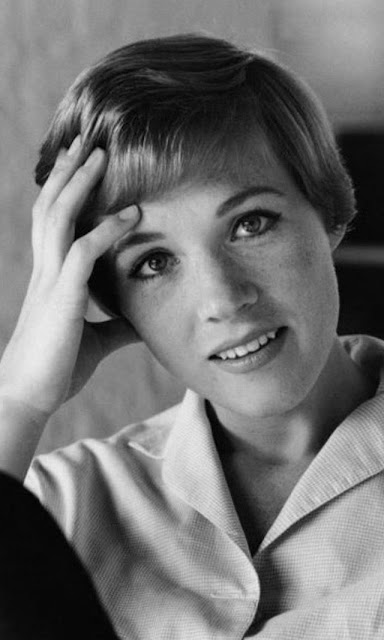 Hello everyone -- please step aside, for your queen has arrived! (See above). The show that is the subject of today's puzzle is in the puzzle itself, so I won't be referring to it by name below.

As mentioned in the puzzle, this show was the final collaboration between Rodgers & Hammerstein (Hammerstein sadly died of stomach cancer nine months after its Broadway opening). While the stage version of this show was certainly successful in its own right, the award-winning film version truly put this show on the map as the beloved classic it is. In fact, I will go on record as saying that this might be the one and only show I can think of that I think actually worked better as a film (full disclosure: I am completely blinded by my love for Julie Andrews and everything she does). There were two songs written specifically for the film ("I Have Confidence" and "Something Good"), and since Oscar Hammerstein had died a number of years before the film went into production, Richard Rodgers was tasked with writing these two songs in full -- both music and lyrics. The film soundtrack is one of the most successful soundtrack albums in history (again...Julie Andrews), and the original Broadway cast album (starring Mary Martin) spent 16 weeks as the Billboard #1 album. The Carrie Underwood television version never happened, and you cannot convince me otherwise. I'd better stop talking or I will find ways to keep circling back to how much I love Julie Andrews. I hope you enjoy the puzzle! 🧩

PS: I really missed the annual sing-a-long at the Hollywood Bowl this year. Picture 18,500 fellow fans singing along to this film under the stars (often in costume)...😍